12-Step vs Smart Recovery: Are You Powerless or Making a Choice…from The Fix…

Home/12-Step vs Smart Recovery: Are You Powerless or Making a Choice…from The Fix…
Previous Next

12-Step vs Smart Recovery: Are You Powerless or Making a Choice…from The Fix…

12-Step vs SMART Recovery: Are You Powerless or Making a Choice?
By Kelly Palmer 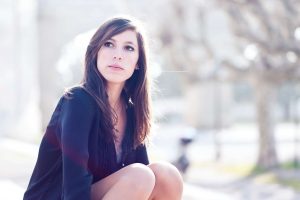 The problem with powerlessness is that it becomes all-encompassing and paralyzing. But the idea that addiction is a choice fails to consider many people’s experiences. Maybe there’s a middle ground.

SMART offers an alternative for those who take issue with being told they will always be powerless. Photo by Chris Arock on Unsplash
As someone who attends (and serves/facilitates) both 12-step and SMART meetings, I am struck by how often they are seen as presenting two very different belief systems about addiction. Although I know many recovering people who attend both, or have swapped one for the other, it is generally decreed that they hold completely opposing views. Though both are mutual aid groups based on the premise that connection with others in recovery can strengthen one’s own recovery, 12-step fellowships are based on a program of spiritual principles, while SMART recovery uses an evidence-based, cognitive-behavioral approach.

Similarities and Differences
While there is some overlap in the programs themselves — mindfulness in SMART correlates with the 11th step, and SMART’s thought-challenging worksheets are like 10th step inventories — their starting points could not be more different. Step One states that we are “powerless” over our addiction which is often explained by the disease model, even though this was never the original intention of the founders of AA, the pioneering 12-step fellowship. When we are in active addiction, we have lost the power of choice and cannot overcome our addiction alone. SMART takes a different view. Focusing on empowerment rather than powerlessness, we are encouraged to take ownership of our choices and behaviors. Without shaming anyone for their irrational choices, addiction is still ultimately a choice, not a disease.

The debate between these two approaches has raged for decades, with most people coming down on one side or the other. My intention here is not to rehash these arguments but rather propose that instead of an either/or dualism, concepts of powerlessness versus choice are instead opposite ends of the same spectrum. For many, the truth of their lived experience may be somewhere in the middle, and polarizing views can lead to many people — certainly myself included — feeling that neither viewpoint really “fits.” This is important, because this ongoing debate influences how we treat, perceive, and support those recovering from addiction.

The Problem with Powerlessness
The problem with the concept of “powerlessness,” as understood in the context of the 12-step program, is that it becomes all-encompassing. Not only are we said to be in a state of powerlessness when we are in the throes of active addiction and finding it seemingly impossible to stop – an experience many former addicts will recognize all too well — but the dogma that has grown up around the concept over the years tells us this is a permanent state. We will always, even after years of sobriety, be powerless over our addiction, the threat of relapse forever hanging over us and ready to descend the moment we stop attending meetings, working the program, or listening to our sponsor. Neither is our addiction the only thing we are powerless over — we also have no power over “people, places and things.” While this can be a useful maxim in terms of reminding us that we cannot control other people or outcomes, it can also become stultifying, leading to apathy and a sense of complete dependency upon the program. In this view, the second line of the oft-quoted Serenity Prayer — the courage to change the things we can — is all too easily forgotten.

Small wonder then that for many, SMART burst onto the scene like a breath of fresh air, telling us that we do have a choice, that we can take ownership of our actions, and that a rational rather than spiritual (assuming that the two are mutually exclusive, an attitude with which I disagree) approach is the best way to recover. SMART claims to have an evidence base, and indeed it does — yet in recent studies it has not been shown to be significantly more or less effective than the 12-step approach. Nevertheless, SMART offers an alternative for those who take issue with being told they will always be powerless. Social justice researchers have pointed out that telling people in minority communities in particular that they have no power and must be dependent on a program forever only increases their sense and experience of oppression.

Addiction as a Choice Is Equally Problematic
Yet the idea of addiction as a choice is, I believe, equally problematic. Firstly, no matter how much researchers and SMART advocates stress that a choice model is empowering and should not contribute to stigma, there is no doubt that in terms of the wider society, labeling addiction a choice can all too easily contribute to the criminalizing of those suffering with addiction and substance misuse, not to mention making it easier for insurance or health care providers to refuse to cover the cost of addiction treatment. Also, and this seems to have been somewhat overlooked, blanket statements that addiction is a choice fail to consider the experiences of some significant populations, such as people who are using drugs to self-medicate undiagnosed mental health conditions or to deal with debilitating after-effects of trauma. Simply stating addiction is a choice which they can rationally think their way out of is of little use in such situations and may have the opposite effect, pushing people further into self-destructive cycles. Of course, the 12-step program may also have little to offer in these scenarios.

If addiction is a choice, it is usually a severely impaired one. Addiction researcher Maia Szalavitz argues in Unbroken Brain that rather than seeing addiction as a chronic disease or a set of bad choices, we recognize the parallels with developmental learning disorders. Like a child with ADHD behaviors, or a teenager caught in a maelstrom of emotional dysregulation, those suffering with addiction (and possibly co-occurring trauma, mental health disorders, or external oppression) find their ability to make rational choices increasingly impaired, until “using” becomes a survival instinct. At this point we may indeed feel utterly powerless. However, we can learn over time to take control back and make better choices.

Both approaches have something to offer people in recovery — but only if we start recognizing the middle ground and gray areas between the two. It’s time to start tailoring addiction treatment to fit the individual, rather than trying to tailor the individual to fit the treatment.