There is no situation that cannot be made worse by relapse. 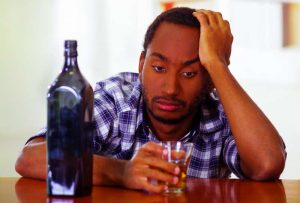 No matter how you slice it, relapse is a drag.

Making the decision to quit wasn’t easy. Your life hadn’t been going in the right direction for a while. A lot of things were going wrong, and most of them were because of drugs, alcohol or other addictive behaviors. The people in your life were starting to resent you and think you were nothing but trouble, and you know what? They probably weren’t wrong.

You finally made the right decision for yourself and for those around you, and you got clean. You looked different, you felt different, and the people in your life that mattered were proud of you.

Relapse isn’t part of recovery for everyone, but it is extremely prevalent. According to the National Institute on Drug Abuse, relapse rates for all substance use disorders, including alcohol, is 40-60 percent.

If you’re one of those people who quit drinking or using and never looked back, good for you. You’re an inspiration to a lot of people and you should be proud of yourself.

Here are 10 disappointing side effects of relapsing:

1. Two-Day Hangovers
If you drank all night–or worse, all day and night–and think that your hangover doesn’t seem all that bad, you’re probably still drunk. Hangovers just aren’t as cute the second time around. While you used to consider yourself a professional drinker, now that you’ve relapsed you know you’re just some idiot that drank too much, blacked out and acted the fool. You now have to wait a whole day before you feel even somewhat human again. That’s if you’re lucky. The two-day hangover seems to be related to age as much as it is dependent on how much you drink. Day one is when your head pounds like a heartbeat and your mouth feels like the inside of a box of triscuits, while day two is when you’re just tired and missing 40 points from your IQ.

2. Letting People Down
Oh hey, people weren’t actually counting on you, were they? Get ready for some super awkward conversations. When you first got clean, a lot of people were proud of you. It could have been your significant other, your friends, or your coworkers A lot of them were probably even people that you didn’t think noticed that you had a problem. That felt good. You had some pride, and for once could hold your head high. Now that you relapsed you couldn’t feel more stupid. Because when you quit you admitted to everyone that you had a problem and you were trying to fix it. But did you? Nope.

3. Partying Feels Like a Job Now
Remember back in the day when you first started partying? It was beautiful then, or at least some of it was. The scenes you were a part of were fun and celebratory, and there was an anticipation in the air like something good and amazing was going to come your way? Or maybe it was just a feeling you were chasing, and when you drank or used you finally felt okay. Yeah, well, once you relapse those days are gone. Whether you’re heading on down to the bar or getting ready to shoot up, you’re pretty much on the clock. Partying now is like strapping on your hard hat and going to work.

4. Ruined Relationships
Back when you first started using you didn’t even think that your addictions would affect your relationships. Maybe you found someone that partied just as hard as you do, or maybe you found someone that wanted to fix you and take care of you. Then as you moved through life you started seeing the failed relationships pile up. When you relapse, you aren’t kidding yourself anymore. You totally know your addiction is going to mess everything up but you do it anyway. It’s more just a matter of long you can pull off the con before you get busted.

5. Hanging with People You Don’t Like
When you were partying all the time you had all sorts of friends. Then when you stopped you noticed most of them vanished. But it didn’t matter because you also noticed that you didn’t like them a whole lot anyway. Like, seriously, why were you hanging out with that dude? This becomes way more obvious after you relapse. You know that your crew is a cadre of wastrels, scammers and con artists, but you keep hanging with them anyway because anyone else might call you out on your behavior.

6. Being Broke
Whether we like to admit it or not, money matters in this world. When you were younger and partying like mad, being broke might have even felt just a tad romantic for a little while, but most people who have struggled with addiction have money problems at some point. That is, unless you have an unlimited supply of money, which is even worse than being broke. When you got clean, all of a sudden you had more money, which in anyone’s book is a good thing. But now that you’ve relapsed, you’re back to bumming drinks, waiting until payday, and paying for things with change.

7. Humiliation
Okay, just admit it: you feel like an idiot. Back in the day, you might have used your substance of choice to feel more comfortable around people, or at least more comfortable with yourself. Whether you got messed up to feel cool at a social gathering or you used by yourself at home, you knew were different than anyone else. That you weren’t a sheep. You had your own vibe. Now you just feel stupid. Once you relapse, you’re either going to just try and hide your use or you’re going to use and just try to front like you feel cool about it. Either way, you’re not fooling anyone.

8. Work Suffers
Whether you’re a landscaper, a CEO, or a freelance writer, if you’re active in your addiction, your work is going to suffer as a result. When you were using before, you might have fooled yourself into thinking that your drug or alcohol use wasn’t affecting your work but at some point, you knew that it was. It might have even been a big reason that you stopped. Now that you relapsed you just can’t even fake it anymore. If you’re working for someone else, you know it’s just a matter of time before your poor job performance gets outed, and if you’re working for yourself well… Good luck.

9. It’s Harder to Lie to Yourself
People always act like lying to someone else is a big deal. Well, it is, but it’s nothing compared to how you might choose to lie to yourself. You know the lies. You’re under control. You can quit whenever you want. This isn’t that big of a deal. When you relapse it’s pretty much impossible to do that anymore. You know just how much your addiction takes from you, and you know it’s just a matter of time until everything is just incredibly awful all over again.

10. You Have to Find New People to Fool
Maybe you need to find a new bar to start hanging out at where everyone doesn’t know that you’re going to get obnoxious and forget to pay your tab. Maybe you want to find someone new to date that doesn’t know how everything is going to end in total disaster. Maybe you need to find a job where your boss doesn’t know you’re going to be late all the time until you get fired. When you relapse it’s like starting all over again. But you know, not in a good way.

Relapsing isn’t the end of the world, and since so many people have gone through it, you’ll have lots of support when you come back. You’ve learned what not to do next time you’re faced with whatever it was that triggered this episode of drug or alcohol use, and now you’re learning how to come back from it. Just keep your head up and keep working at it. You’ll get there.