Naloxone and the High Price of Doing Nothing…From The Fix…

Naloxone and the High Price of Doing Nothing…From The Fix…

“The idea that having naloxone will create a relapse trigger is akin to me wanting to crash my car because I got insurance.” 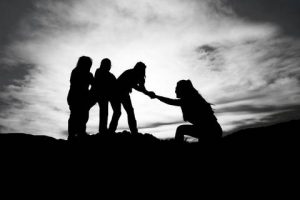 If we want to show clients that their lives are important and worth saving, then we need to give them the tools to stay alive.
I appreciate your concern with me. It means a lot to know someone cares about me.

I have 1,347 pictures in my phone spanning five years. Most of the pictures are my kids posing on special occasions. There are a few memes I find entertaining. There are old pics of me, mostly pictures from the era before I was using drugs. There are a few inspirational quotes. Finally, there is a message sent to me on October 10, 2013. This message still haunts me.

I had struck up a friendship with a twentysomething on social media over his desire to get off heroin. He was a combat veteran, described by his friends as a hero. He was in the process of trying to find treatment. He had been in and out of the Veteran’s Administration system with various attempts to get his life together. He had finally found a spot in a program. Within a few days, he flew across the country for this opportunity. He was feeling hopeful.

I knew the program would take his phone for the first few weeks. When I finally heard from him, I was relieved to hear he was doing well. Unfortunately, that did not last. He had gotten kicked out of the program. The reason was a mystery to me but the result was clear: He was holed up in a hotel in a strange city on an epic bender.

“Maybe you should consider slowing down,” I proposed to him via text, feeling helpless.

“I appreciate your concern with me. It means a lot to know someone cares about me.”

Within a short period of time, he would be dead from an overdose. At the time, I had just started sending naloxone through the mail to people who had no access to this potentially lifesaving drug. He never asked for it and truthfully I never thought to offer it. I will always wonder if having it on hand could have changed the outcome.

My son was asked to leave sober living on a Sunday for three days for using. He died Monday night.

Despite the fact we never got an opportunity to meet in person, his story left nagging questions in my mind: How could this have been prevented? Was there something I could have done differently? We had discussed his drug use but the topic of overdose was not specifically addressed. In the texts about finding housing, getting into another program, or returning home, it just didn’t come up on the list of priorities. That needed to change.

It was certainly not the first time I had heard this narrative. The story was all too familiar – I’d hear of someone excited about the possibility of a life in recovery, then I’d receive news of their death of overdose after leaving a treatment facility, detox, or sober living environment. It is widely known that having periods of abstinence greatly increases risk for overdose death. But is that information clearly and adequately communicated to clients in these facilities? According to an informal survey I’ve done with former clients of the system, the answer is no. While facilities may argue that discussing overdose or giving out naloxone is “triggering,” there is no question that the controlled environment of a treatment center is one of the best environments for providing education that may end up saving the person’s life.

I worked at treatment facility in East Bay where they would not allow me to train staff to use naloxone even [though] overdose death happened in their housing. The idea that having naloxone will create a relapse trigger is akin to me wanting to crash my car because I got insurance.

In detoxes, rehabs, and sober living facilities the goals are focused around the care and treatment of participants. In an ideal situation, the staff provides a safe environment that fosters recovery, personal growth, and education. Relapse prevention, which is taught in every treatment program, should always include overdose education. These are ideal settings to spend 10- 15 minutes at minimum to show clients how to recognize the signs of overdose and use naloxone. We need to concede the point that relapses can and do happen. If we want to show clients that we care about them, that their lives are important and worth saving, then we need to give them the tools to stay alive. It’s as simple as saying: “Here is life-saving medication. We don’t want you or your loved ones to die. We simply want you to be prepared.”

I live in MA and used to work at an inpatient detox as a case manager. When we administratively discharged someone we always offered them Narcan. We also had a harm reduction talk, gave them resources for other detoxes, outpatient clinics, and provided them with a cab to a bus station.

Education around overdose and distribution of naloxone should not be restricted to people who are using opioids. The “epidemic” we are currently experiencing has expanded into consumption of other substances. Fentanyl has penetrated all parts of the United States drug supply and has been found in pressed xanax bars, crack and powdered cocaine, and there have even been deaths recorded from fentanyl tainted amphetamine. Until there is a significant decrease in mortality rates related to overdose, all people in treatment will benefit from this type of education.

If it wasn’t for naloxone, I wouldn’t be alive today…

How can we make this happen? There is some dispute over whether the cost of the naloxone should or can be covered by the insurance of the program participant. Naloxone purchased in bulk could be offered to clients for $25 per person or less if the program chooses the generic injectable version of Narcan. Another possibility would be working with insurance providers to fill the prescription on behalf of the patient. In the case of private insurance, facilities could advocate for naloxone as part of the treatment authorization. There are also local organizations that may be able to partner with the treatment facility.

The high price of doing nothing? The continuing preventable deaths of folks that could otherwise be saved. However, with a little bit of time and effort, these treatment programs can truly say that not only are they promoting recovery, they are also playing a vital part in actually saving lives.